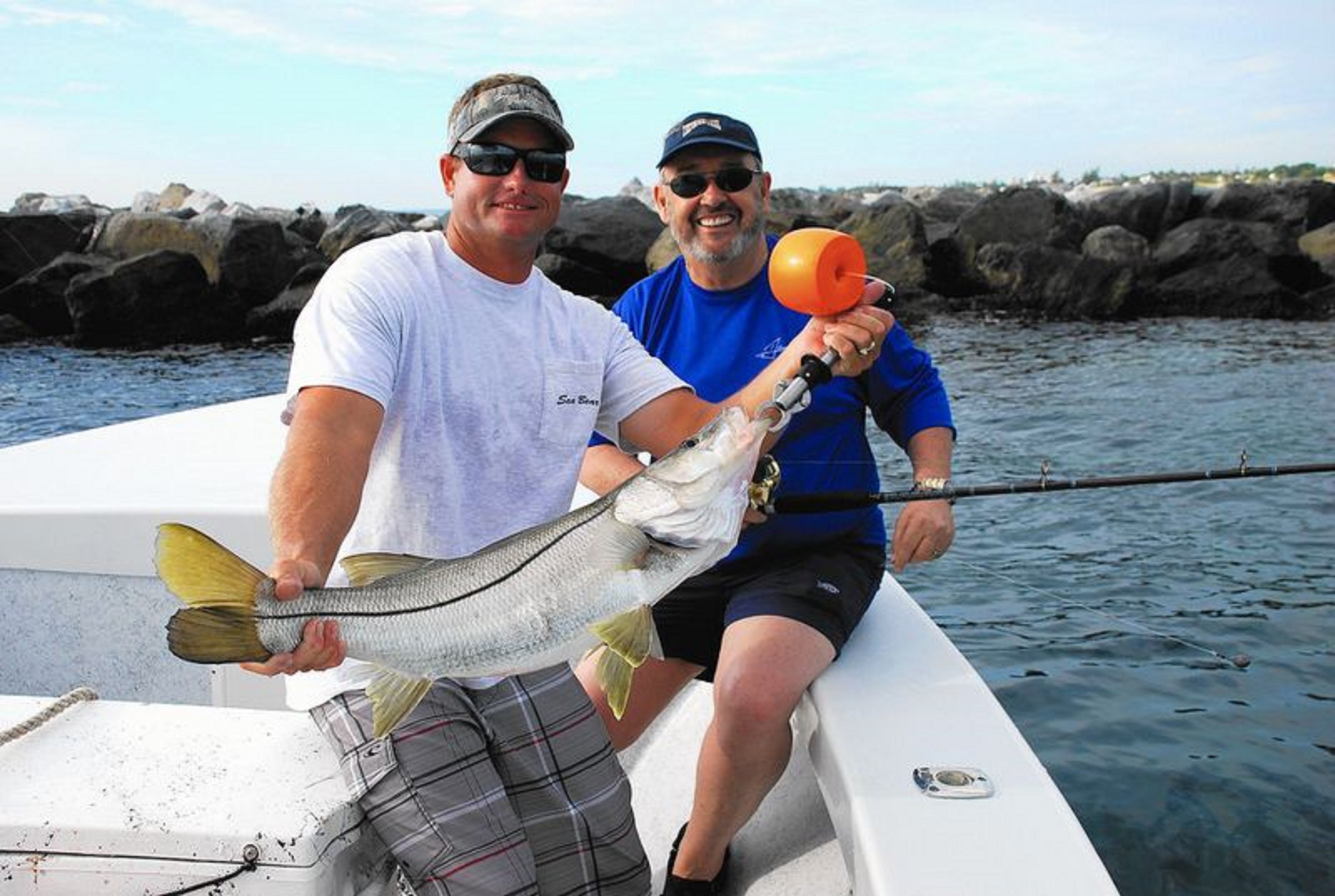 Top spots are around inlets, off beaches and in the Intracoastal Waterway

Snook are Florida’s most popular inshore fish because they fight hard, they hit a variety of lures and baits and they are delicious. And now is the best time to catch a keeper snook because the season opens on September 1 and the fish are off South Florida beaches, in local inlets and around bridges and spillways in the Intracoastal Waterway.

The snook season on the Atlantic Coast is closed from June 1-August 31 because that’s when snook concentrate at local inlets as they prepare to spawn, which makes them easy to catch.

After spawning, snook disperse into interior canals, but many fish are still around the inlets, where they can be caught from fishing piers and jettys and by surf fishing from beaches. When the season opens, snook seem to be a lot smarter and a lot harder to hook.

“I will give you one word of advice on snook fishing,” said Tom Greene of Lighthouse Point, who is the snook expert on the Nautical Ventures Weekly Fisherman radio show that airs from 6-8 a.m. Saturday on Fox Sports 940 Miami and live-streams on the Nautical Ventures Facebook page. “When you think you know it all, when you think you’ve got it figured out, go the next day and you won’t get a bite.”

Although fishing for snook is more an art than a science, there are a few basics that good snook anglers practice. Those basics include when to fish, where to fish and what to fish with.

Greene said the hour before and after tide changes usually is a good time to catch snook in inlets and around bridges. But the best time, regardless of the tide, is the hour beginning 30 minutes before sunrise.

Late nights and early mornings are a fact of life with snook fishermen. Drifting in an inlet with the outgoing tide, whether it’s at 9 p.m. or 3 a.m., is productive because boat traffic is minimal, temperatures are cooler and the snook bite better. Snook hang out around rockpiles and dropoffs in the inlet where they can ambush bait being carried out by the current.

Live sand perch, mullet, shrimp and pilchards all catch snook, although snook can be picky at times. The best bet is to use whatever bait is in the area you’re fishing, because that’s probably what the snook are eating.

Snook like to hang out around bridges across the Intracoastal Waterway with streetlights, moving water and bait. The lights leave a shadow line, and the snook stay in the shadows, facing into the current and feeding on baitfish as they pass by. Anglers can just flip their baits upcurrent so they drift toward the snook.

Spillways are a great place to fish for snook right after a heavy rain. That’s when spillways are opened to release excess water into the Intracoastal. As the water flows out, snook congregate to feast on the shiners, shad, bluegills and other small fish that are flushed out of freshwater canals.

Canals off the Intracoastal also hold snook. Greene suggested casting lures or live bait along seawalls during the hour around sunrise.

“The snook patrol up and down the seawalls, very much like a jack crevalle would do, looking for baitfish to feed on,” Greene said.

Because snook are so popular, they are intensely managed by the Florida Fish and Wildlife Conservation Commission. Anglers are allowed to keep only one snook per day with a total length of 28 to 32 inches.

The open season on the Atlantic coast is Sept. 1-Dec. 14. The season is closed Dec. 15-Jan. 31, when the potential for cold weather can make snook so lethargic that unethical anglers could simply scoop up the fish with a landing net. The season re-opens Feb. 1-May 31.

Regulations in the Florida Keys, Everglades National Park and Gulf coast waters are more restrictive, with the season closed from Dec. 1 to the end of February and May 1-Aug. 31.

For more fishing tips from Greene and other South Florida saltwater and freshwater experts, listen to The Nautical Ventures Weekly Fisherman radio show every Saturday morning from 6 a.m. to 8 a.m. live on Fox Sports 940 Miami, an iHeart station. If you can’t tune in live, the Weekly Fisherman radio podcasts are available through: