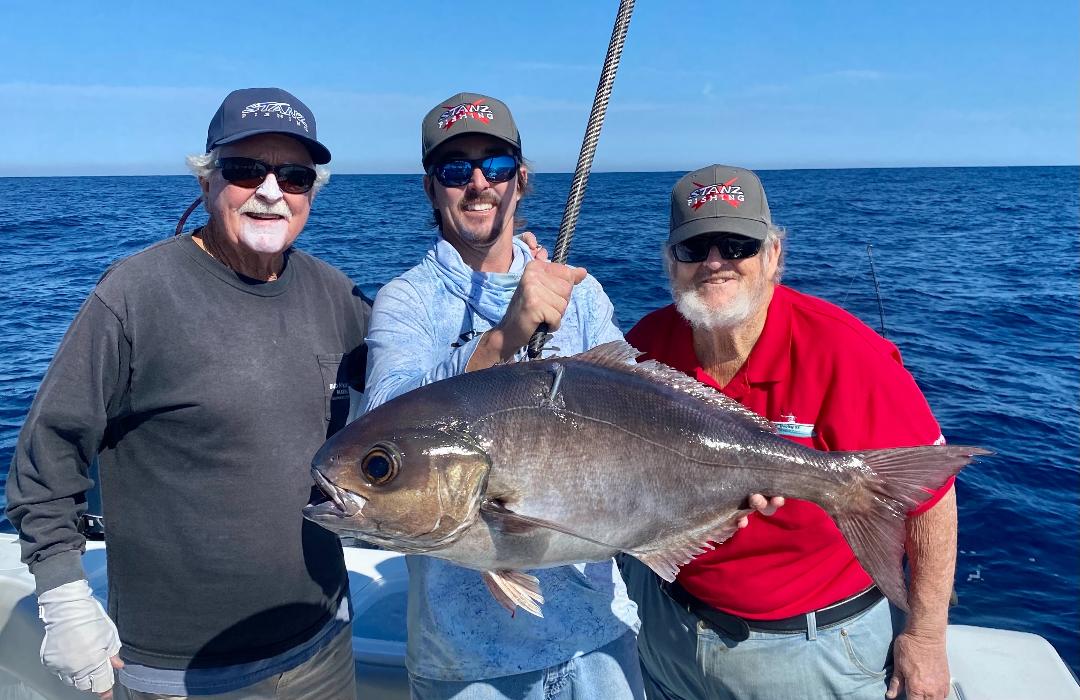 In more than 60 years of fishing in South Florida, Capt. Bouncer Smith had caught just about everything in the ocean except a barrel fish.

The legendary Miami Beach charter captain, who has caught everything from snook and tarpon to sailfish and swordfish, finally checked that off his bucket list.

Barrel fish, which are very good to eat, are caught on baits dropped to the bottom in 700 to 1,200 feet of water. Most fishermen use electric reels, although hardcore anglers prefer to crank up a fish by hand on a standard rod and reel outfit.

Although Smith and his customers have done plenty of deep-dropping, they never caught a barrel fish. In fact, Smith said he had never even seen a barrel fish on the dock.

While they were out there, the crew also caught some small blackfin tuna on jigs. After several more hours with no success, Nick Stanczyk announced that it was time to get Smith a barrel fish.

Using two electric reel outfits, two baits were dropped to the bottom in 1,100 feet and Smith and another angler each caught a barrel fish.

“I dropped the chicken rig and I got in a tangle, and then I dropped again and I finally caught a barrel fish hand-cranking. It took about 45 minutes.

To hear Smith and other top captains talk about where the fish are biting and how to catch them, listen to The Nautical Ventures Weekly Fisherman radio show every Saturday morning from 6 a.m. to 8 a.m. live on Fox Sports 940 Miami, an iHeart station. If you can’t tune in live, the Weekly Fisherman radio podcasts are available through: