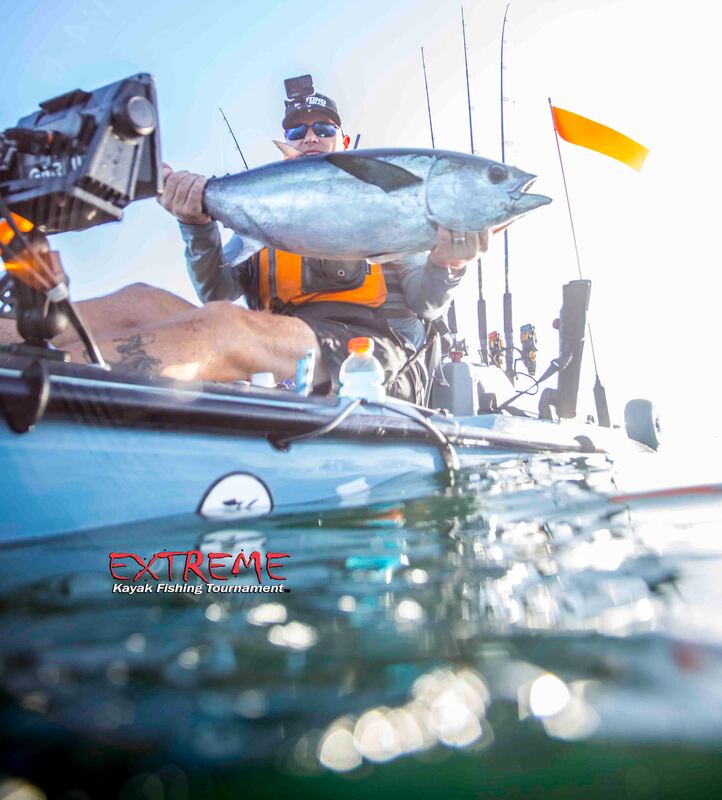 The weather forecast for Extreme Kayak Fishing’s Summer Slam, which was scheduled for June 4, was dismal with extremely strong winds and rain. So tournament organizer Joe Hector wisely decided to delay the tournament by one day. 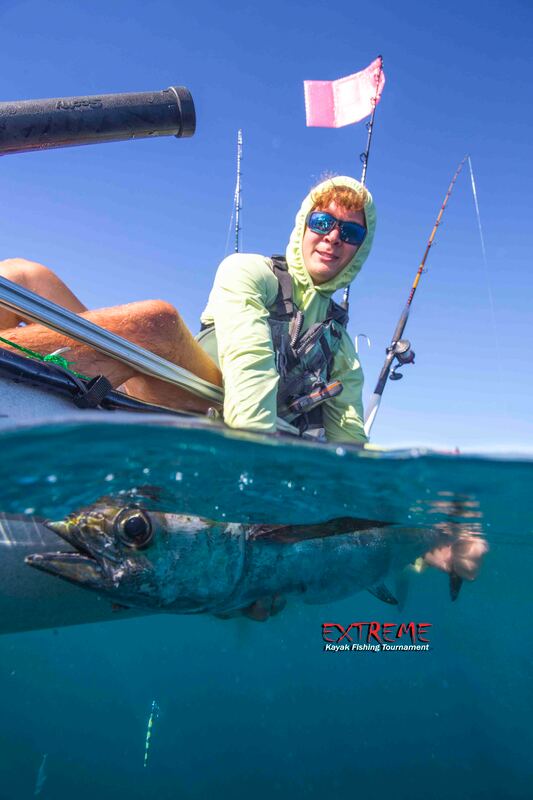 That decision resulted in gorgeous fishing conditions on Sunday and the fleet of offshore kayak anglers from as far away as New York caught lots of big blackfin tuna and kingfish.

Longtime Summer Slam competitor James Butters won the tournament with two tuna and two kingfish weighing a total of 41.32 pounds. He won $5,000 from Fishbrain and Crown Wine and Spirits. 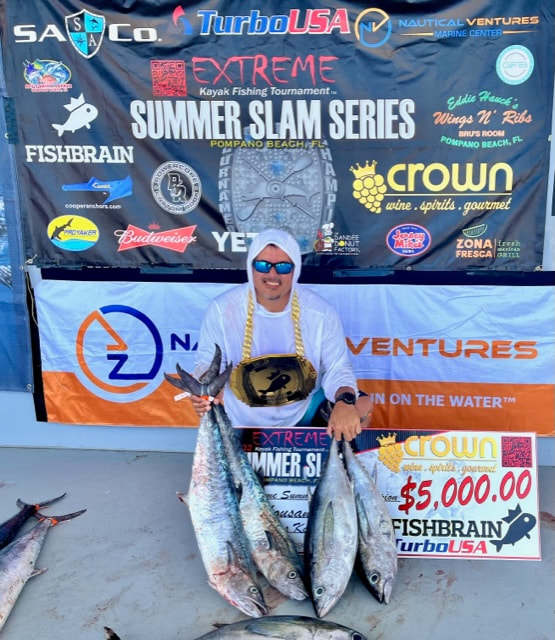 “It’s great to see a guy who consistently fishes and then finally gets on stage and wins,” Hector said.

Brian Nelli, another EKFT regular, was second with 31.32 pounds. He won $1,000 and a Hobie Outback kayak from Nautical Ventures Marine.

Tobias Castillo, who had fished the EKFT tournaments as a junior angler, made his debut in the adult division a memorable one, finishing third with two kingfish weighing a total of 30.1 pounds. He won $500 from Powercore Rods and a Hobie Revolution kayak from Nautical Ventures.

Past Slam champion Robinson Rodriguez was fourth with a 28.88-pound kingfish and won $500 from Proyaker. Mike Reese was fifth at 26.56 to win $250 from Fishbrain, followed by Derrick Gunther, whose 22.26-pound tuna earned him a YETI cooler; past champ Mark Peterson, who was seventh at 22.16 to win a ProYaker Icy Catch bag; Richard Chavis at 19.96, who won a free entry for any EKFT tournament; past champ John McKroid, who was ninth at 16.76 to win a $100 Crown Wine & Spirits gift card; and Shaun Roles at 16.1.

For the most current information on where the fish are and how to catch them, listen to The Nautical Ventures Weekly Fisherman radio show every Saturday morning from 6 a.m. to 8 a.m. live on Fox Sports 940 Miami, an iHeart station. If you can’t tune in live, the Weekly Fisherman radio podcasts are available through: