Big kingfish can be caught year-round in Key West 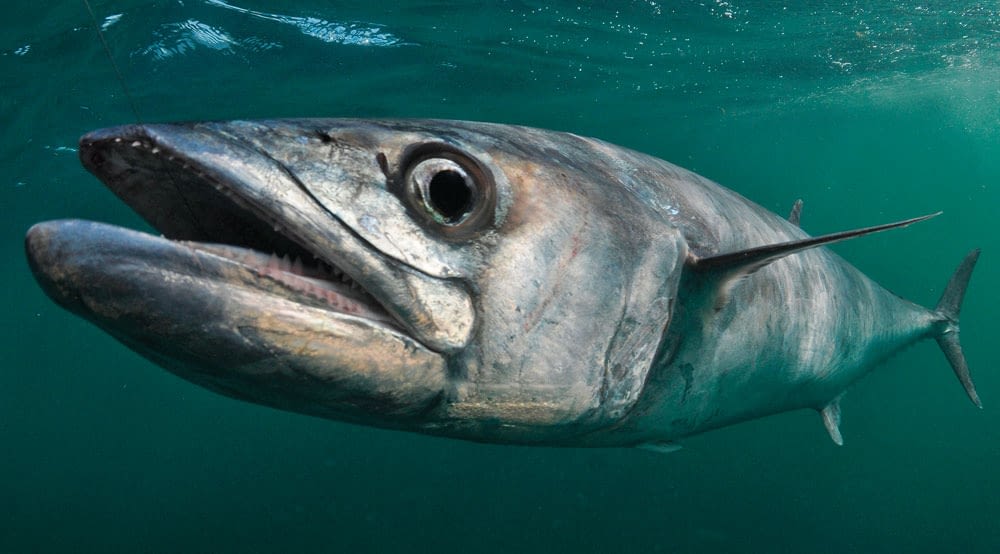 Big kingfish can be caught year-round in Key West, but January is when anglers catch the biggest kings, and more of them.

“It’s just so cool,” says Hunt, who grew up fishing in Pompano Beach. “Catching 20-pound kingfish here is like catching 5-pound kingfish out of Hillsboro Inlet. They’re so plentiful.”

And the big kingfish are really big. A year ago, Hunt caught a king that weighed 71 pounds. In last year’s Key West Kingfish Mayhem Open Tournament – this year’s event is January 15 -- the winning fish was 51.7 pounds and there were seven other kings over 41 pounds.

Hunt uses his Simrad bottom machine to find bait, which is a big key to finding kingfish, and slight changes in water temperature. He also has CMOR mapping on his machine to find wrecks and other structure.

“Sometimes the current hits the reef differently and there’s bait that’s balled up there,” says Hunt. “Sometimes the water will get really cold and when you find it bump up a little bit, even if it changes a half a degree, it can mean fish there.”

Hunt, who runs CN-It Adventures ([email protected]), fishes on his 26-foot Twin Vee and also guides anglers on their boats. He catches most of his big kings about 40 miles south of Key West along a ledge that drops from 60 to 120 feet.

“The bait is holding right where the ledge starts to drop down and the kingfish are shooting up to eat the bait,” says Hunt, adding that yellowtail snappers are also on that ledge. “You can fish for yellowtails there as well and hook a big kingfish. Someone caught a 61-pound king on a 12-pound outfit while yellowtailing. There are plenty of wahoos there, too, when the water is clean.”

When targeting big kingfish, Hunt’s preferred bait is a 3- to 5-pound live blue runner – his 71-pounder ate a runner -- or yellowtail snapper. He bump-trolls the baits, putting the boat in and out of gear just enough to keep it moving forward, and fishes only three flat lines at a time, 30, 60, and 100 feet behind the boat, “because the bite is so fast and furious. If the fish are there, they’re going to eat. There’s no waiting around.”

He doesn’t bother with a downrigger line, which is popular with kingfish anglers, because it’ll likely catch a black grouper (grouper season is closed until May 1), an amberjack or a jack crevalle.

When he gets a bite, Hunt puts very little drag on big kings. His 71-pounder took only 10 minutes to land.

“We let them zip out 200 yards of line and wear themselves out, then we go after them with the boat,” Hunt says.

His preferred tackle is an Accurate Valiant rod with an Accurate Tern TX-500X conventional reel, which has a fast 6:1 gear ratio for quickly taking up line after a big king makes its initial run. He spools the reel with 20-pound Momoi Diamond Illusion monofilament line with a 20-foot leader of 30-pound Diamond fluorocarbon and three feet of 30-pound AFW titanium leader to prevent cut-offs. 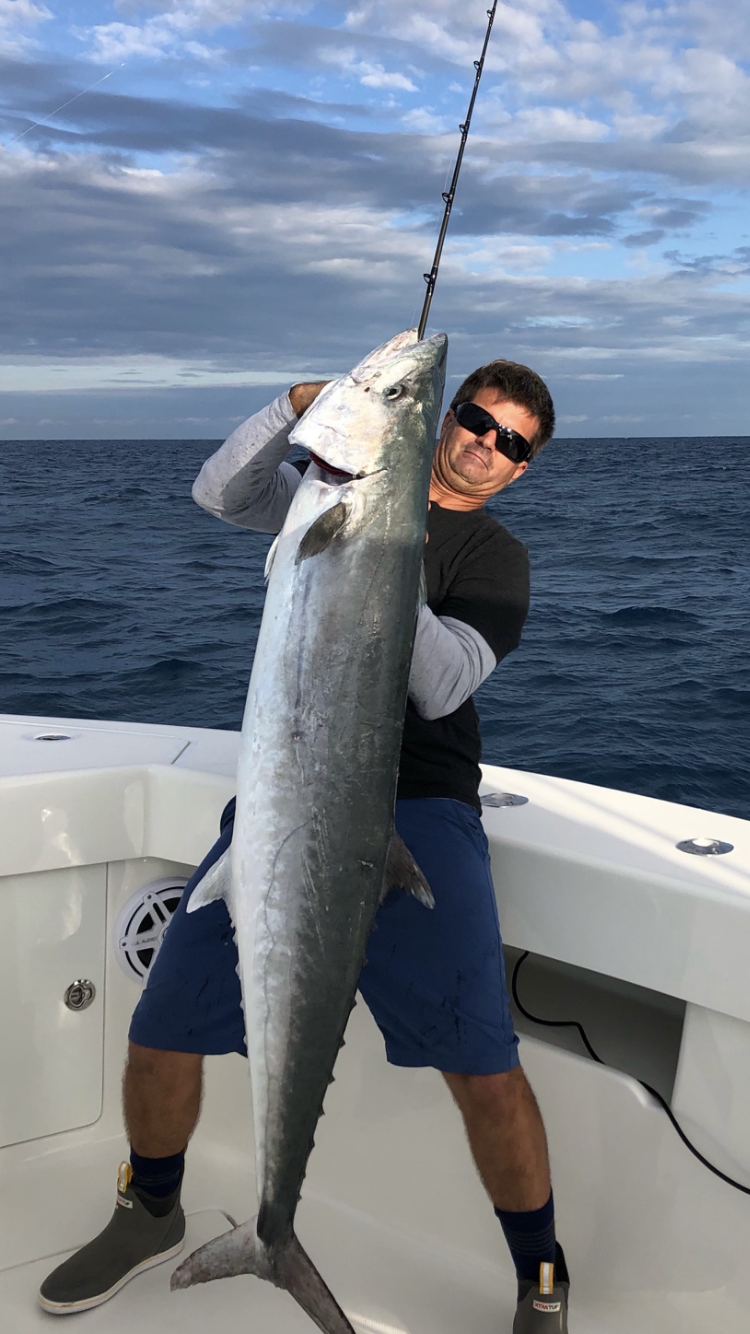